After leaving Punta Gorda we headed to Ft. Myers to anchor for one night before starting across the Okeechobee Waterway to the east coast.  There are 5 locks on the waterway and they are different from any others in the country in that there are no valves to flood and drain the lock chamber.  They are flooded and drained by slightly opening the door and allowing the water to enter or leave.  Since the locks are only lifting a few feet (or maybe none at all) this works out ok. 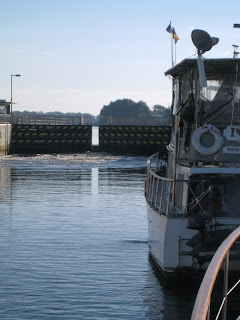 We crossed without any problems and had a great crossing of the lake.  We stopped at Moore Haven for the night before crossing the lake and had a great sunrise similar to the one we had the first time we crossed this waterway in 2006. 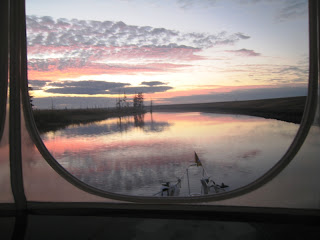 When we got to Stuart we anchored for the night and then headed to Peck Lake the next morning.  When we arrived we saw "Sandy Hook", a Gulfstar 44 owned by Chris and Alyse Caldwell.  They hailed us on the radio and we dinghied over to see them.  They offer trawler training to people wanting to gain an understanding of all that is involved with cruising a boat like ours.  There was a couple on board and we brought them over so they could compare our Gulfstar with the one they were on.  We first met Chris on the Erie Canal in 2007 when we docked and he saw us and came running over to meet us. 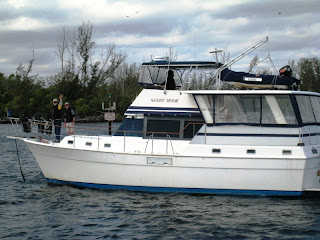 Sandy Hook pulled up anchor to head back to their marina and we headed to shore to walk across and check out the beach at Peck Lake we had heard about for so long. 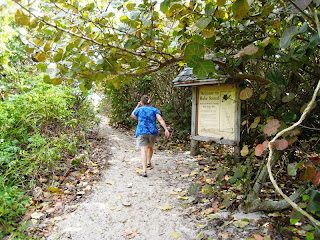 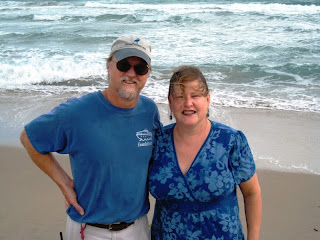 The beach was nice but it was a windy and cool day so we did not stay long.

Ed & Lucy decided they wanted to move on south toward Key Largo so we decided to pull up anchor and head on to Vero Beach.  We arrived New Year's eve and were assigned a mooring rafting to a Great Harbor that was already on the mooring ball.  This is a common and expected situation at Vero Beach.  The owners of the Great Harbor were delightful and we invited them over that evening.  The are originally from Holland but have been in the U.S. since the early 70's. 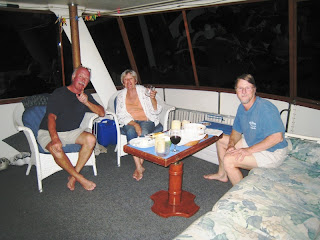 On New Year's Day we met up with Mike and Vicky, some people we first met in Panama City last year.  They have a house in Vero and keep their boat near the house.  They picked us up at the marina and we went out to see their 46 Grand Banks and then went to their house for early dinner.  Vicky is a gourmet cook and had listed our meal on a menu board in her kitchen. 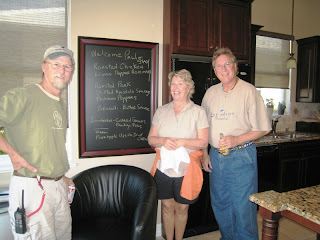 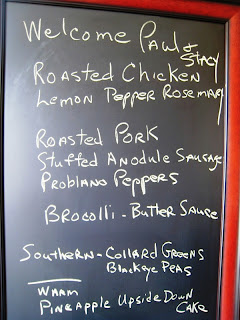 We had a wonderful time with them and hope to see them again somewhere.

The next day we were invited to a gathering at Chris & Alyse's house in Vero. 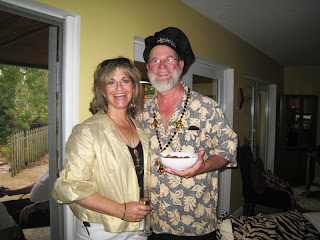 We were picked up at the marina by some other friends that we met at Goose Pond, Steve and Gladys from Maine.  They have recently purchased a boat and have named it Misty Moose.  They are a fun couple and took us to the open house at the Caldwell's.

Just in this short trip we have reconnected with people we have met along the waterways.  The boating community is unlike any other and we enjoy meeting up with old friends and making new ones as we travel. 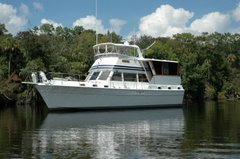 Photo on the St. John's River